Pamoja Safaris started as a partnership between two friends—one American, one Tanzanian—that knew that they could do safaris better.

Founders Scott Brills and Joshua Siligaki met in Tanzania in the summer of 2010. Scott was there with his father—who had always wanted to experience an African photo safari—and Joshua was one of their group's guides.

At the end of a successful trip, Scott decided to stick around a while longer to explore the rest of the country solo. He and Joshua remained in contact the entire time, quickly becoming friends over the next few weeks. Before leaving Tanzania, Scott had met Josh's family at their home north of Arusha, and the two had discussed many topics, finding common bonds in their love of wildlife, conservation, and social entrepreneurship.

After knowing each other for just a few weeks, Scott proposed a crazy idea: "what if we worked together to start a safari company of their own?" Not just another cookie-cutter safari company, like the hundreds that existed all over the country, but something special.

Scott would use his experience in entrepreneurship to create a company that would stand out from the pack, while Josh would use his knowledge of wildlife and expertise in leading tours to manage operations on the ground in Tanzania.

Josh agreed that it was worth a shot, and together they proceeded to create, from the ground up, one of Tanzania's leading safari companies. 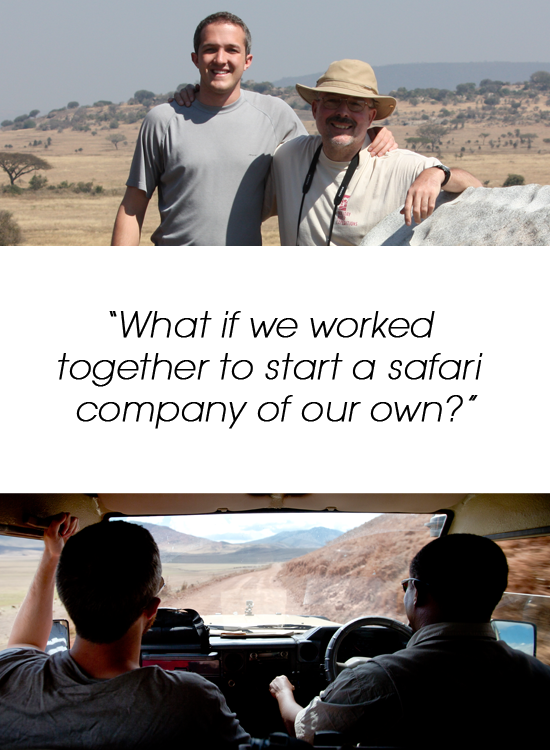 Scott manages the business side of things while Joshua takes care of our guests. Our amazing Pamoja Safaris team does the rest. 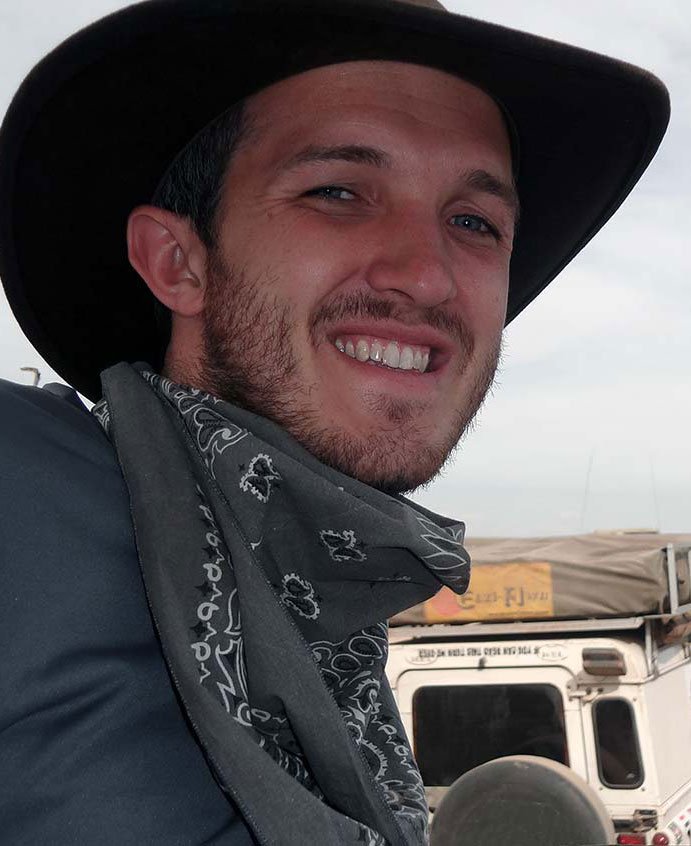 Scott is a international entrepreneur and adventure capitalist hailing from the city of Detroit. He started his first official business just after high school, after which he continued to fuel a passion for exploring the world by engaging in various ventures wherever he happened to be traveling.

Having a keen interest in animals early on in life, Scott was one of those children that was always out catching all sorts of creatures to make into his next "pet". Along the way he enjoyed the companionship of mice, gerbils, guinea pigs, hamsters, turtles, frogs, lizards, fish, snakes, and all manner of insects and other creepy crawlies. So, operating a safari company was just the logical next step for him (although he prefers to let the animals roam free nowadays, as the cost to keep an elephant happily fed is quite ridiculous).

Scott currently has no fixed base, preferring to drift around the world as he sees fit, laptop in hand.

Joshua was born in a traditional Masai village north of Serengeti National Park. At the age of seventeen his parents decided to move the family into the new town of Arusha, which at the time was just beginning to become the tourism hub it is today. Having adapted to city life relatively quickly, he finished up primary school and then enrolled in classes in Wildlife Management and Conservation at the local university.

With nearly 20 years of guiding experience under his belt, Joshua is one of the foremost animal behavioral experts in Tanzania. Go ahead and ask him what the names of the birds you see are—he'll know each and every one. What's that lion looking at, and where is he going to go next? Joshua knows, and he'll position the Land Cruiser so that you get a prime seat to view the action.

Josh currently resides in Arusha, Tanzania along with his wife and three children. 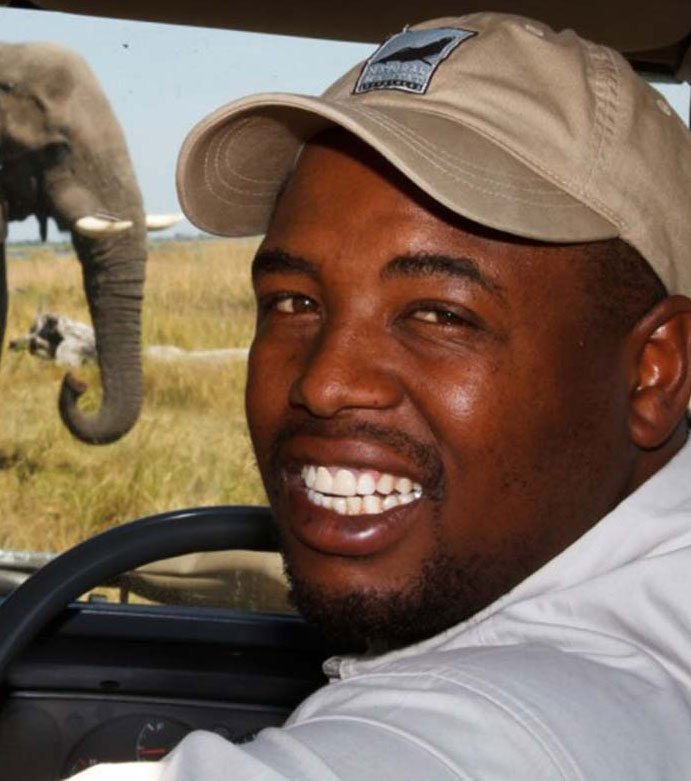 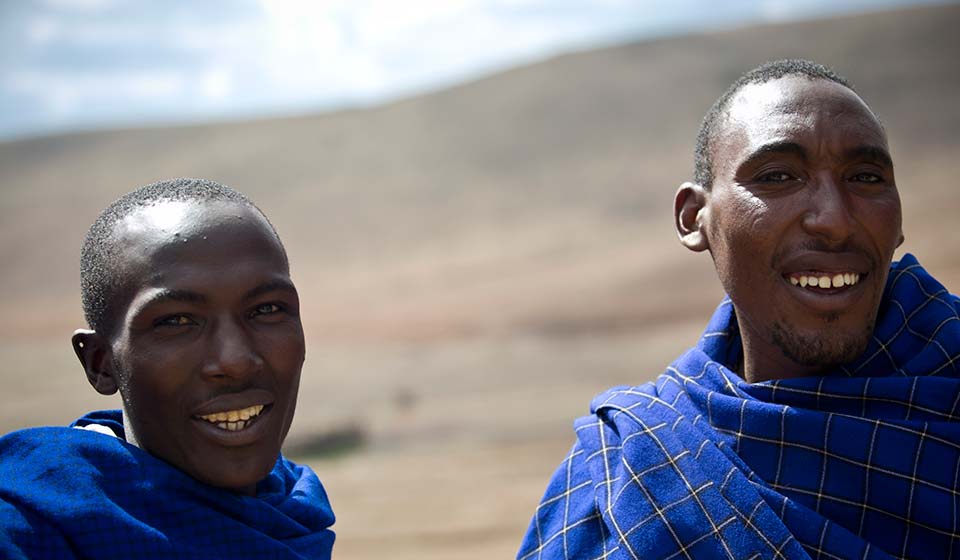 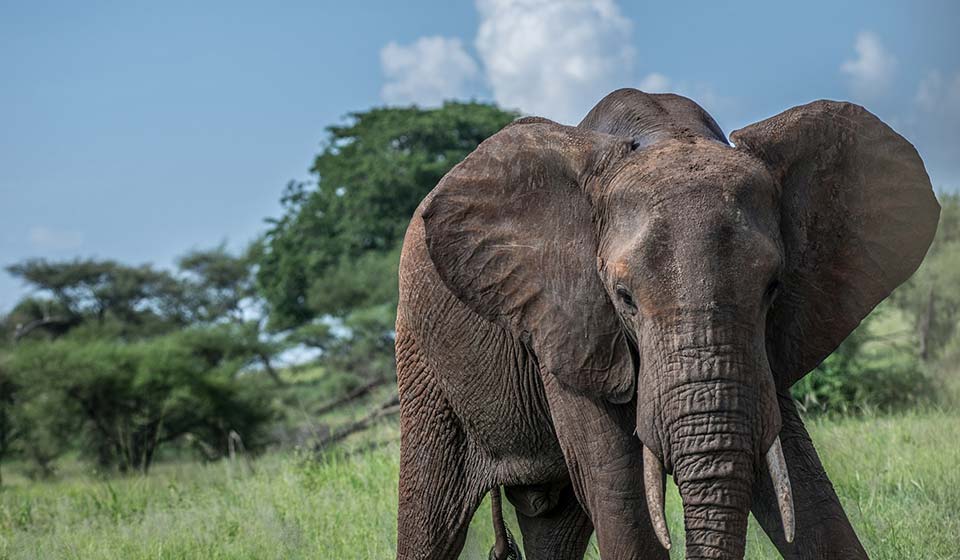 We deliver the very best, from our award-winning staff to top-notch lodging. 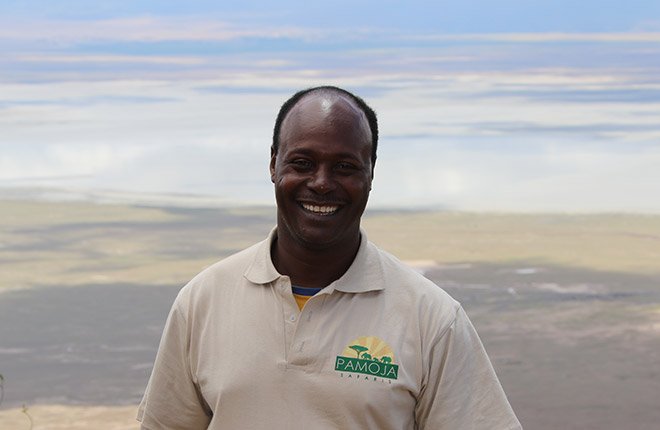 Pamoja only hires the top-rated 10% of licensed guides, ensuring that your trip leader will be friendly, knowledgeable, and experienced. 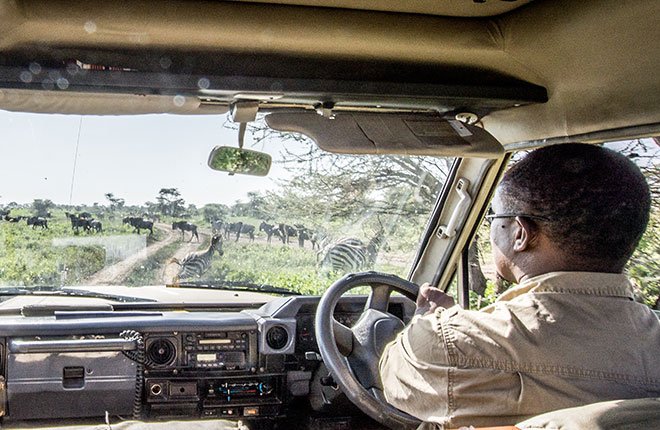 We deliver your Safari Experience in a sustainable and responsible manner, for the good of the local people and animals of Tanzania. 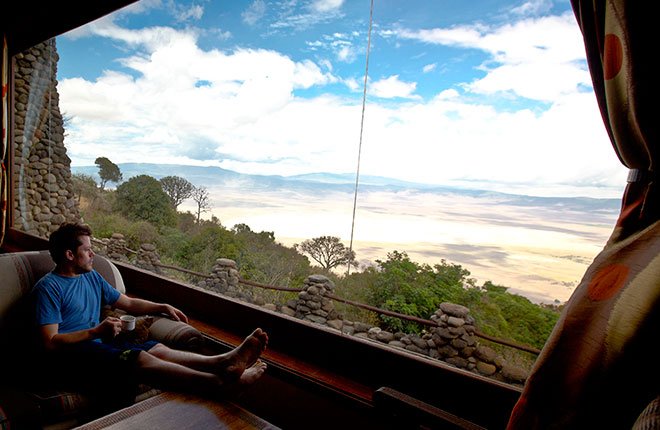 Going on a safari doesn't mean you need to rough it! We select only the best luxury lodges and tented camps to ensure your comfort. 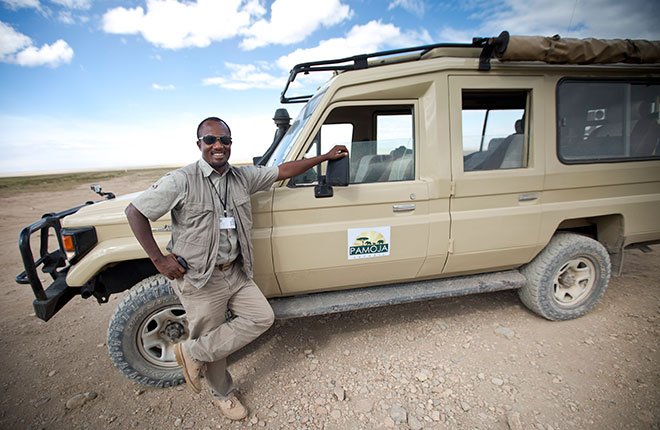 We use only the very best vehicles. You'll be spending a lot of time in our Land Cruiser, so we want to ensure that you're comfortable and safe.